Welcome to an all iOS update! Today’s Rambling Roundup is all about hardware gadgetry to make better use of you iOS devices.  We have key finders, to projectors, laptop cases to kitchen stands.

MacRumors has a neat little object from Kensington.  Ever leave your phone behind when leaving the house, or on a trip? The BungeeAir Alerts is a case that goes around your iPhone, with a paired key chain remote.  When you get to the specified distance (adjustable via a free app) it beeps to alert you your iPhone has been left behind. Think it’s not worth the $80?  When you get the alert the app on the iPhone also locks your iPhone incase you can’t immediately get back to it.  Not enough?  You can also trigger the iPhone to buzz and beep to allow easier locating.  Still not enough?  The $100 model also sports a 4 hour backup battery.•

Looking to share your content?  Over at Macworld, they reviewed Epson’s new projector series that offer built-in iOS docks.  The MegaPlex MG-50 is the lower end of the two at $700 while the MegaPlex MG-850HD comes in for $800.  The BG-50 comes in only at a 540p resolution while it’s big brother earns it’s HD designation by pushing content at 720p. Both support the standard USB, HDMI

and VGA ports as well as having a built-in speaker and mic inputs.  So besides iPads, iPhones, & iPod Touch’s you can plug-in your Game systems, computers, or really anything with a video out function.  But the linking ability far and away means that this falls in the handy iOS hardware. 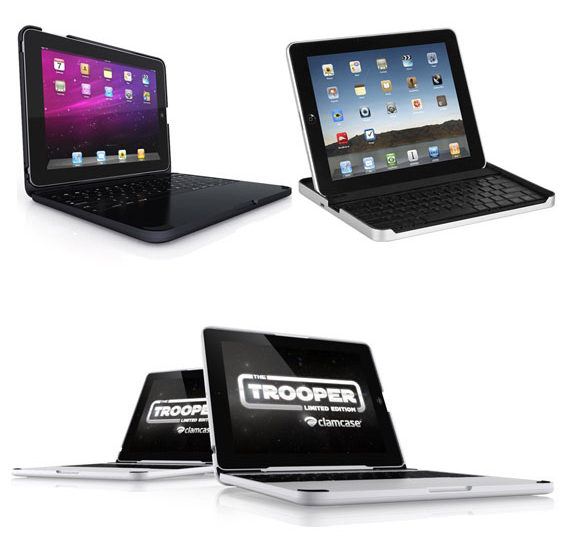 Having an external bluetooth keyboard to use with your iPad isn’t enough?  Want something more… laptopie?  GeekSugar did their own roundup of different cases that have keyboards built-in.  Couple good ones, but the clamshell design of the Crux360 case ($150) and Clamcase ($120) gets closest to converting it into a laptop.  Although… kinda defeats the purpose of it being a tablet, no?

Want a maybe a different kind of case?  Perhaps one to turn into it into an arcade? Although a similar case, the iCade from ThinkGeek, came out a while back, the Atari Arcade-Duo Powered Joystick stands out. For $60, it syncs via a standard dock connector.  It locks into place and is powered by the iPad itself, without much battery drain.  Fora  full review head over to DVICE and read their hands on account. 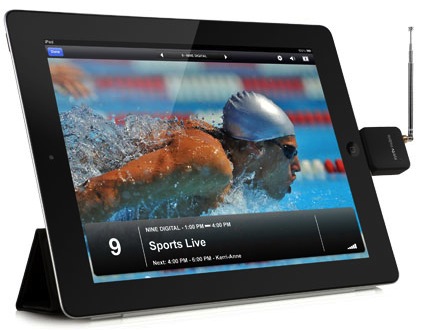 Engadget has a review of the EyeTV Mobile.  Basicly it’s  aTV tuner that plugs into your iPad2 and converts it into a TV.  I personally use a SlingBox, but for those times when I’m away from the internet,  £100 (about $163), it comes out this month… in Europe.  Still waiting on approval to be sold int he USA.  Sigh.  Perhaps it’ll be available by the Christmas rush.

Also hosted on Macrumors – Your iPad in Your Kitchen!  Couple diffrent stands and holders to assist you in using your iPad in the kitchen.  First up is the Chef Stand + Stylus. The Chef Stand is pretty standard, with the big advantage is it looks like it belongs along with your mixer.  In addition, it’s easily washed with soap and water and comes with a handy stylus so you don’t get your greasy food hands all over your nice clean touch screen. The Chef Stand + Stylus is $39.99.

Belkin also released the Fridge Mount for iPad 2 which is a bit misleading.  In reality it can be connected to any clean flat surface via the 3M Command Strips. Once secured, the mount uses the iPad 2’s magnets (sorry no iPad 1 functionality) to lock it in place.  I’m not sure how much  I would trust it (although I’m sure it’s perfectly fine…).  The concept of it being held up by essentially double-sided tape is a bit, unnerving to me. The Fridge Mount for iPad 2 is $39.99.