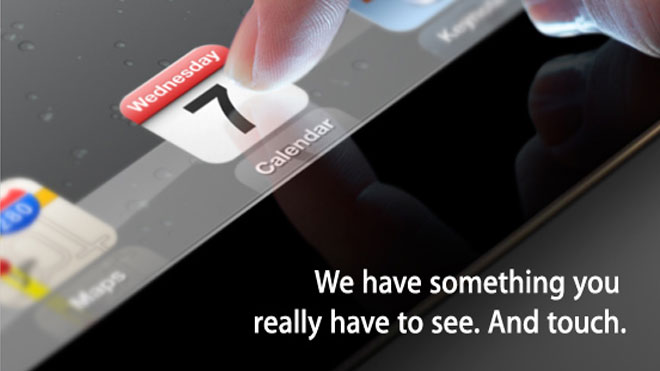 So it’s offical.  Apple released there invite for the March 7th event.  Couple things that we can figure from this image:

Do you have any other thoughts about this invite?  Leave them in the comment section below.