It’s summer.  And for those with gardens that means tons of squash, zucchini, tomatoes.  All very delicious items. 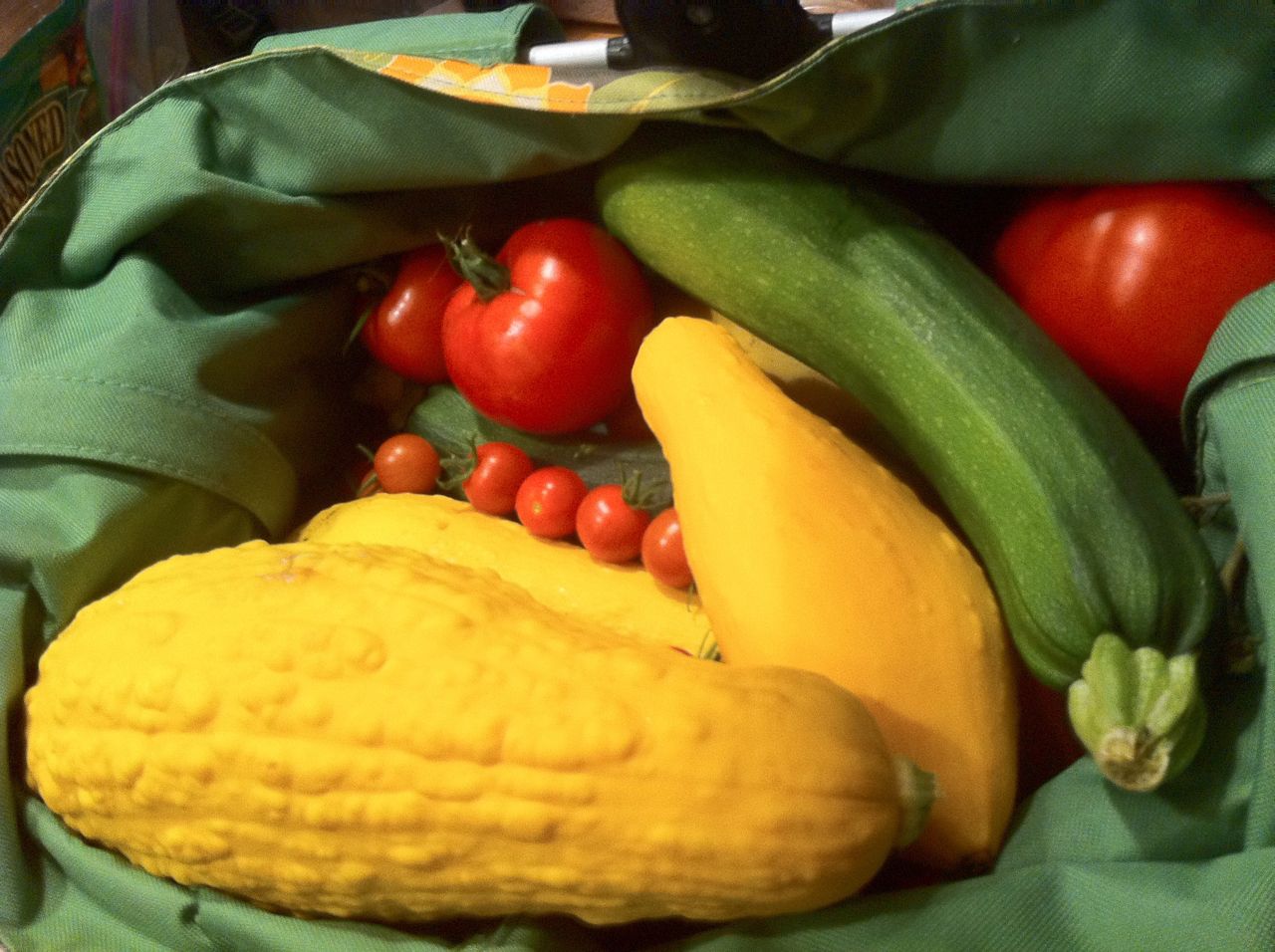 As you see a garden doesn’t hold back when you have plenty of water, heat and long days of sunshine.  But after a while, the normal recipes start to get old. There are tons of recipes that you can make with these items, but with long days at work or out and about, there isn’t much time left over for cooking.  So what to do when you have a basket overflowing with all those veggies?

Ok to be fair, this is “really” Ratatouille.  Although tons of variations this is a super simplified, abet very tasty version I’ve worked up over the years after seeing the Ratatouille animated movie by Disney.  Both pretty and tasty.

There’s a bunch of things I’ve modified over the times I’ve made this.  Very traditional in Ratatouille recipes is bell peppers, which in our household is a no-no.  So that’s out.  Another common ingredient is eggplant, which is excluded in this recipe due to my garden just not growing them this year. But could easily be added.  So here’s my Ratatouille recipe:

That’s it.  Yes.  really.  If you want you can add eggplant to the list if it’s available but that’s it.  First hit the oven up to  450.  Then arrange the sliced vegetables in alternating order.  Make sure not to pack it in too tightly.  Place smaller piece toward the middle to fill in the empty spaces. sprinkle some salt, pepper and olive oil on it.

Next up is the tomato sauce.  You can use pre-bought or make your own.  With the amount of tomato’s coming out of gardens in the summer, it’s pretty easy to make your own (I like mine with some onion, garlic, basil).  Spread it over the top and cover with tin foil.  Place in the oven for about 30 min and remove the tin foil.  Cook another 30 minutes until fork tender.

Spoon out and enjoy!  I always want more salt on mine, so I add some salt and pepper after the fact.  And add a nice Bloody Mary with it and you have a rather nice meal for a summer evening. 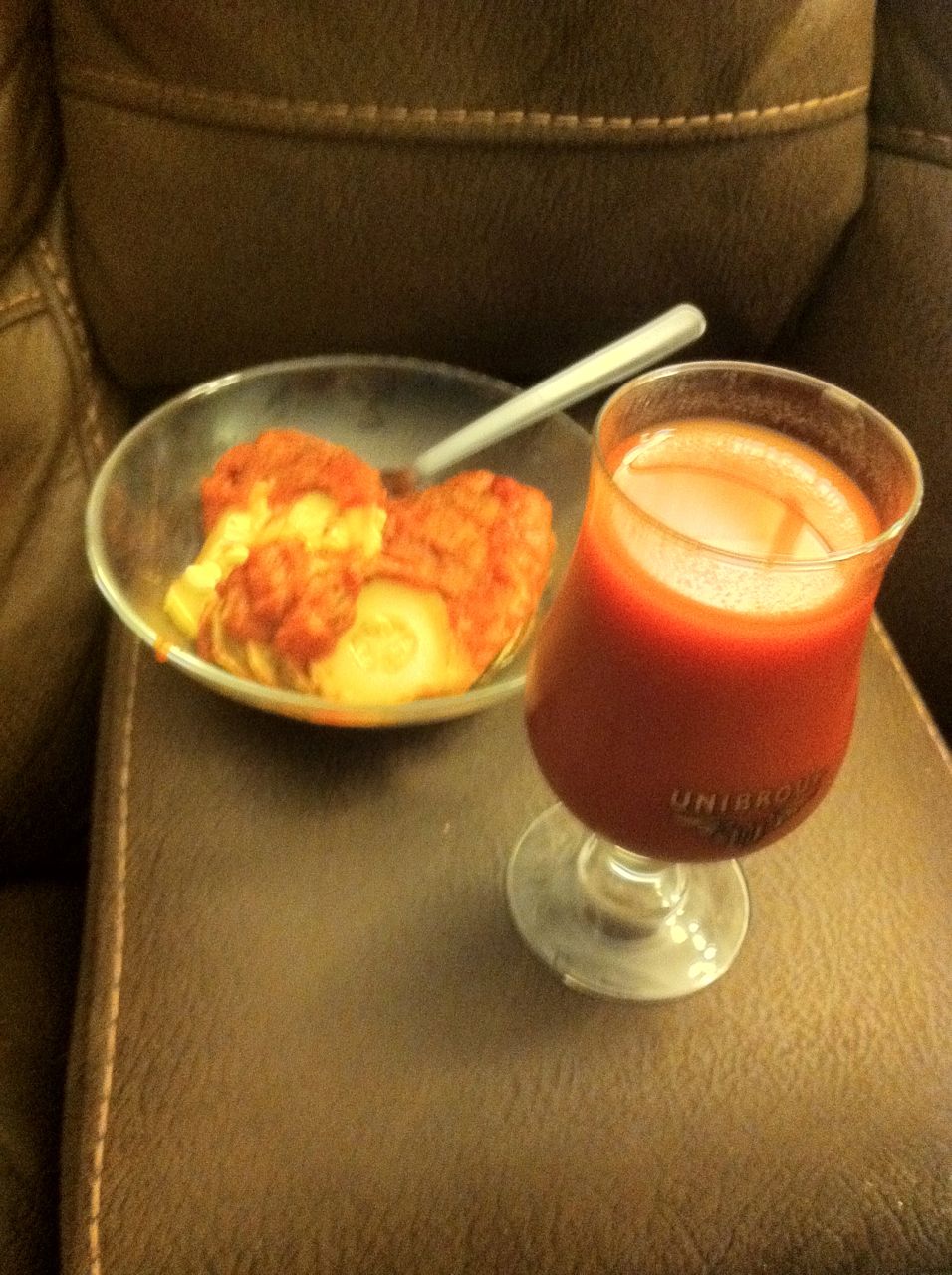