The secret to making good food 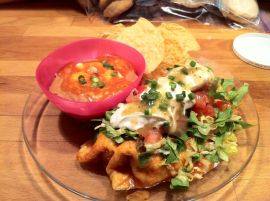 How does one become good at making food that people are drawn to? The question came to me while trying to avoid thinking about food on a day I’m fasting.  Perhaps its reverse psychology.  Who knows.  The thing that actually triggered the whole thing was a tweet to me, in response to a tweet I made about trying to not making good food while fasting.  She prompted me to explain what delicious food I ended up making this time. 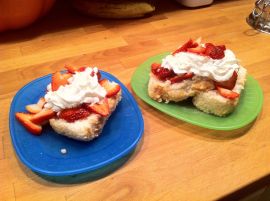 Which, of course, lead me to think of how I ended up being the “go to guy” for so many food related items. I’m often asked about ideas on making food, making food better, pairing foods with wines and other drinks.  Often when there are events and the opportunity to bring in food, people always look and try to figure out what interesting and delicious foods I’ve brought in.

The trick to becoming better at cooking?  Oddly it comes down to 3 simple steps.

Now I have to admit 2 things.  One is that there is some natural ability involved with cooking and baking, but for most people who can avoid burning water, it’s fairly simple to increase your ability.  Second, at their heart, these steps are pretty common to most tasks, but most people never seem to think of them when cooking. And depending on how much you want to figure out how to be a better cook, the sky’s almost the limit.

Try eating/drinking everything
Now this doesn’t mean you have to eat everything, or even like everything. But to try everything.  A rule I have that I’ve passed down to my daughter is you should try everything at least once. (Yes, with the obvious exceptions.)  Now this isn’t just a way to make sure she eats her vegetables.  This rule allows you to do three things all by itself. 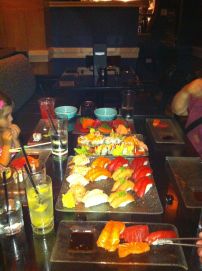 The first is that you will expose yourself to food that you may not normally.  Ever tried a Fried Pickle?  Perhaps Edamame? Caviar? Herring?  Anchovies?  Curry? Many people might already have a predetermined thought about how they would like those items, even though they’ve never tried them.  And remember just because you don’t like one type of food, you shouldn’t rule out other types.  So you tried and disliked sushi, but maybe it was that type of fish you disliked.  Perhaps you might like a roll instead of Nigiri (that’s the finger looking sushi with stuff on top).  Or perhaps don’t like fish, but a vegetable roll is right up your alley.  When you dislike something figure out why you don’t like it.  You might find you do like that food, but just dislike one aspect of it.

Unless you have some odd allergy, try everything at least once.  I found that most of the foods I thought I wouldn’t like I did.  Or at least could stand.  Even the things that I didn’t like, I could cross off my list and at least have some rational reason why.  Never would have eaten caviar had I not been open to at least try it first.  Now I love the stuff (the little ones… don’t like the big ones… personal preference).  I love the crunchy salty taste, especially on cream cheese with crackers.  Be open to try new things at least once. 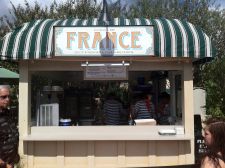 The second advantage is you’ll find yourself at places and events that will expose you to more foods.  One of the great food festivals I love going to is the Food and Wine festival down at Disney World.  It’s a great place to be exposed to a great numerous foods from all around the world.  It’s where I ran across Escargot.  Or snails for the uninitiated.  You know what?  Not bad.  Not great, but not bad.  Would I have gone out of my way to find someplace around here to try snails?  Doubtful.  But the festival just puts it all out there for you to try.  And the wine.  The majority of my wine knowledge has been based in knowledge I’ve gained from seminars and tasting from around EPCOT.  If you run across food festivals they are great ways to learn more.  Or at the very least to get a lot of great food.  But remember the first rule: Try everything.  You may surprise yourself. 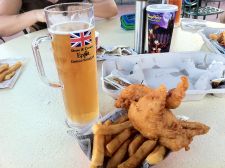 The third is you’ll start seeing trends.  If you limit yourself to the same foods time and time again, you’ll miss out on figuring out what you really like.  Yes you might like pizza.  But why do you like pizza?  Is it the spicy pepperoni?  The cheese? The bread?  I kept finding myself enjoying Sauerbraten, Fish & Chips, most hot sauces, and Pickles.  The link? Vinegar.  I apparently love the stuff.  Once you start identifying trends you can fine tune what you might want to try next to extend your palette.

Try making anything
So how does enjoying all this wonderful food and drink end up making you better  at making food?  Well, the trick is to use what you have learned.  Started to enjoying different types of wines?  You can use what you’ve learned about which ones are sweeter, drier, ect, to pair them up with foods or even which to cook foods with. Remember a unique combination of flavors in a different dish?  Try it in one of your own. 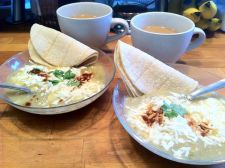 So that’s how to use what you’ve learned.  The second part is actually making things.  Like most abilities to get better you need to practice.  Luckily this means getting to make a lot of good food.  Well, eventually good food.  Start out with something simple, something you tried and really liked, and make that.  Don’t try to make everything at once.  Concentrate on that recipe and make it once a week/month.  Figure out things that you liked about what you made, and things you didn’t.  Start tweaking the recipe to suit your own tastes.  Figure out what things you can do to recipes you find and use those tweaks you’ve created on something new.  Once you have the basics down then start looking for more complicated things.

Another neat little trick while making things involves your nose.  Not only do good foods typically smell good, ingredients that go good together, smell good together.  Looking to tweak macaroni and cheese? Dust off your spice rack.  Crack open different spices and take a whiff.  Does it smell good along with your cheese sauce?  If so, go ahead and add a little.  Eventually you’ll start to learn what spices go good with different foods and you won’t even have to break out the nose to be informed. By the way… little dill goes great with cheeses ;^) 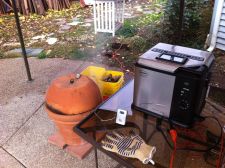 A Smoker & A Frier

Eventually you’ll need to start getting out of your comfort zone.  Getting good at cooking but haven’t made any bread?  Make some bread.  Haven’t gone near the grill? Make some steak.  Haven’t made any deserts? Well I think you get the idea.  Try something new.  Yes you might not be as good at it, but as you learn more things about cooking and baking, you’ll find that things you’ve learned (even if your terrible at it) can be applied to those things you’ve already got down, and make it even better.

Make it nice
Now this one may sound like a stupid step.  After all its how food tastes that makes people enjoy it.  And yet rarely did I share my lunch or breakfast with people at work, and yet usually got complimented on it. People are first drawn to food with their eyes.  If it looks appetizing then, people will be more interested in it.  So bonus points there.  But more interesting, often making something look good, will increase it’s deliciousness 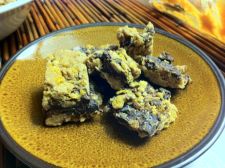 One of the things I made all the time at work was just english muffin pizzas.  But I’d spruce it up with just some salt and pepper, maybe some italian seasoning on top.  Did it make it look pretty?  Sure.  But just by adding a little bit on top, it increases its flavor.  I originally added some chocolate on top of my peanut butter bars just because I though it’d look nice to add some color to the plain brown bars.  End result? It became much more than a plain bar in both visuals and flavor. 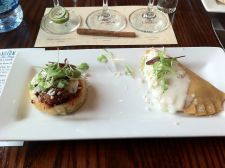 Adding a little extra on top of something, increasing its flavor and appearance, makes the average food just that much more appealing.  Ever see a restaurant give you just what you ordered without making it look nice?  Probably not.  Simple doesn’t make people pay attention, no matter how delicious.  People don’t look twice at a brownie.  But put a brownie in a cup cake liner, and put some nice peanut butter frosting on top… and people pay attention.

Wrap-Up
So that’s the basics.  Make sure you try everything once.  You’ll be surprised how your preconceptions can be misleading.  Go out of your way to be in situations where new foods will be exposed to you.  Then try to make your favorites at home.  Try making them different ways to figure out what you like best.  And make everything be appealing to both your eyes and your taste buds.  Keep these ideas in your head and you’ll be cooking up things that will start to turn people’s eyes and mouths in no time.

Want to experiment? Waffle maker with a grilled cheese sandwich inside. Pusdo-panini with a twist! Delicious.