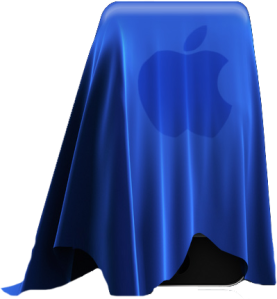 Yes it’s that time of year.  No, not back to school shopping time.  iPhone release time.  The exact timing has slipped a bit from mid Summer to late Summer/Early Fall, but none the less, we are approaching a new release of the iPhone.  We should be expecting a new design from Apple.

Apple tends to release their items on a 2 year schedule to match the standard contracts most people have.  The “tick” is a redesign with a lot of new features, the “tock” is a solid spec upgrade with improvements mostly coming from the software side of things.  This is definitely on the “tick” side of things.

And who knows, we might even see some non-iPhone related items.

First off the name.  Gone are the numbers and letter modifiers.  Much like it’s larger iPad brethren, and more distant computer cousins, the iPhone will just be the “new” iPhone.  Will that confuse some people? Sure.  Will Apple care? No.  It didn’t hurt the sales of the iPad when they did it there, and my guess is the same will happen with the iPhone.

From the reports were looking at a September 12th announcement event, with it available to everyone the 21st.  You’ll most likely be able to preorder that Friday (the 14th).

Price will most likely stay steady as it has for the last couple years.  Apple likes to update hardware not prices.

The guts are what makes the phone be what it is.  As with each new version of the iPhone we get the standard little progression of things like CPU and RAM, while occasionally a few bumps in new technologies.  This is gonna be one of those “bump” years. 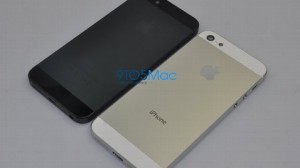 Then there are those that don’t care whats in the phone, just how they look while holding it.  We’ve seen a lot of images regarding the case design at this point and they’re all pretty much pointing at the same device.  So there probably won’t be much surprise here.

Some say this new design isn’t different enough from the iPhone 4 & 4S and will hurt sales.  Tell that to the record breaking sales of the iPhone 4S which looked identical to it’s predecessor.

Apple has waned a bit from doing “One More Thing”, since that was Steve’s phrase.  But that doesn’t mean their won’t be some unexpected surprises at the event:

Upside of all this?  We should know exactly what were getting in just over a month.  Till then, let the rumors continue!