My goodness, there was a lot announced at this year’s Minecon EARTH event.  The actual event went much longer than the initially planned (the HermitCrat panel didn’t even air live since they were running so far behind).  Still even with that there was even more stuff to unpack past the inital live show.

We knew of a few things that were going to be coming due to the voting, but there was still plenty of surprises.  They ranged from new mobs, biome, features, addon abilities, and even a brand new game.

Let’s start with the stuff we knew about beforehand.  There was a vote on Twitter during the event for what order the 3 biome updates were going to come out.  They released a couple short videos earlier in the week to highlight the changes:

The results & features and some of what we know of the vote are below:

Again all these biome updates will be coming out.  The vote was just in the order that we were going to get them.

Those 3 aren’t the only biomes getting updates.  While we have to wait for those to implemented, we have another biome getting some new items in the next update.

This might be its own new biome or just something that will be a subset of the Jungle biome.  This new area will have Bamboo and Pandas!  The pandas appear to be neutral mobs and will have a rare brown variant.  They will protect there young just like polar bears.  They also went to China to record there sounds to be as close as possible to the real thing.  This means they will do everything normal pandas do like walk, sit, roll on their back, and even sneeze.

Bamboo will grow much like sugar cane.  They can be feed to Pandas. They can also be crafted to make scaffolding which will make builders life a lot easier in survival.  Scaffolding also comes down real fast by just removing the lower pieces, and the entire structure will collapse.

Not only are we going to be getting Ostriches, Meerkats, Foxes, Pandas, and Termites (at least I think that’s a mob?).  There are also other changes coming out for some of our favorite mobs in the game.  As well as some changes to how some redstone components are now working.

Confirmed for the next update (before the holidays), they will be separating these two mobs in a future update.  Now in order to find a cat for your own, you’ll have to find a village and tame one of the feral cats.  Cats will also bring you “Gifts”.  This won’t be diamonds or what we’d think of as gifts, but more “cat gifts” as was mentioned by Jeb during his interview.

Also in addition to Creepers being scared of cats, Phantoms will also try to stay away from them.  This should make villages safe from Phantoms since there will be cats spawning around there.

And there won’t just be the 3 types of cats we currently have.  There will be 9 cat variations.  In addition to the 3, they already have 5 more designed.  In upcoming months, we will find out more about how we can submit our own cats to be immortalized as cat variant #9.

During the developer panel, they mentioned that there will be a new brown variant of the Mooshroom mob.  They didn’t mention which update this would be part of.  But it’s something we can look forward to.

Yes also discussed was the developers discussing how they would be bringing shields to the base version of Minecraft.  java players have had this for a while, and the problem with bedrock version is there is often no “right click” option.  So they were discussing how it’s been a challenge to implement that feature.  When, and how, this will be available to us is still unknown.

Another item discussed in the Developer panel was that they wanted to change the way buttons and arrows worked together.  Instead of just an “on/off” style, they wanted to add some variety.  Depending on how close or far from the center of the button, it would send out a different redstone strength signal. 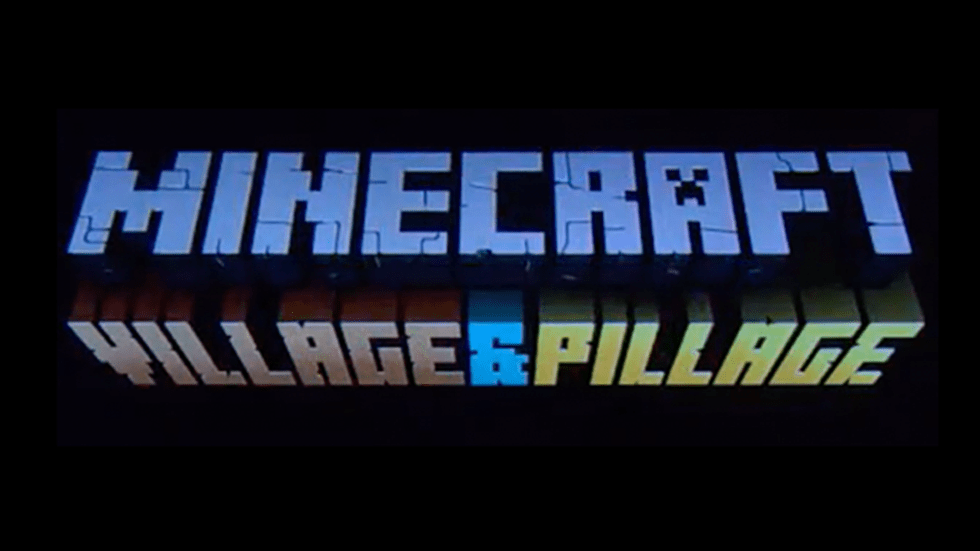 This is the second update to Minecraft (1.15 for PC) that is coming out.  We are expecting this to come out in the first part of 2019.

Also being mentioned as a “biome architecture”, each biome will be getting unique variations for their villages that would make sense within that biomes.  This means depending on where you are each village will be unique.  Snowy taiga villagers will be more cobblestone with roofs to support the snow, while villages in the desert will have flat roofs (since it never rains) and decorated with terracotta floors.  Each type of building will still be present (churches, butcher shops, libraries, etc), but each will have a unique spin on them.

Along with those unique villages we will be seeing unique villager designs as well.  That means for the jungle you will have outfits that are more tropical, taiga villages get warmer clothes with earmuffs, etc.  Each villager will look like it belongs in that environment.  Will be interesting to see if those outfits are determined by the mob itself, or if they change clothes when moved to a new biome. 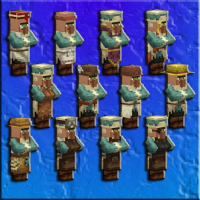 And if you looked closely at those images, you don’t see 5 different types (or 6 for Java), but 12.  This means each profession will now have their own unique design.  Will make it a bit easier to determine who is who.  They also hinted at some new trades, but no specifics were given.  It’s also possible that each represents a different class like it is set up now.  That would mean 6 new professions, but my bet is that it’s just unique skins for each villager like most mods out there.

EDIT – they have now confirmed that there aren’t diffrent classifications, but instead each villager will now have it’s own unique skin.  ie The toolsmith and the weaponsmith are identical, with the weaponsmith getting an eyepatch.  Still no nitwit villager for Bedrock edition.

To add to the illagers that currently exist within the confines of the Mansions, there will be a new type – the Pillager.  These Pillagers will roam around and attack villages, killing and stealing items (what they are stealing is still in question).  It will be your job to help to defend these villages, both actively as well as building up its defenses.  They mentioned there might be more, but nothing planned yet.

The Pillagers won’t be the only ones that get to use the new crossbow.  It will be craftable by players as well.  A crossbow will be slower to reload than the regular bow and arrow, but also more powerful: shooting farther and with more power.  Along with this, they will allow for newer enchantments.  So far we are aware of are fast load and multishot enchantments.  Additional enchantments were also hinted at but not mentioned.

The Pillagers won’t just have crossbows to help them out.  They will be accompanied by a new Pillager Beast (name still being developed).  This beast was shown attacking with a headbutt to both villagers and buildings alike while trampling crops.  This might be a way for them to break into structures or get through defensive walls.  They also show a saddle, but nothing was mentioned about riding it.

Dungeons is a new game built on the Minecraft bedrock engine.  It will allow for a more adventure mode formate with custom items, quests, and enemies.  It was inspired by the classic dungeon crawler games (ie Balder’s Gate, Diablo, etc).

We don’t have a ton of information out about this yet.  The way it was present and the fact it will be out for PC in 2019… makes it look like it’s a completely different game, built on top of the Minecraft engine.  It is likely that people will be able to create their own maps and plugins just like the regular Minecraft game.  Quests like this have existed in Minecraft a while now, but have always been shoehorned in.  Now with this new version of Minecraft, it should be a lot easier to design and expand the functionality of Minecraft.

You can read more about Minecraft: Dungeons here or take a look at the trailer below.

Both during the main show and the interviews with the developers afterward there are a number of updates for add-ons for Minecraft.  All of these new addon features will be available in the Minecraft Beta starting October 3rd.

No longer will you be required to take existing items within the game and modify them.  You can now create brand new items and creatures.  These entities can have their own classifications, identifies, crafting, spawning, and other features depending on what they are.  You can make items ride-able, react to other objects… anything existing entities can do. This means the number of items you can put into your modifications is endless.

Spawning these new creatures also got an update. Now you can add them to situations, or biomes, just like normal mobs.  You can summon them with commands or however they are built into the game.

Want a biome to have a specific new creature?  You can.  Want a new hostile mob to spawn at night? No worries.  Want them to not die during the day?  Yup, you are getting it… Just code it into the new object. 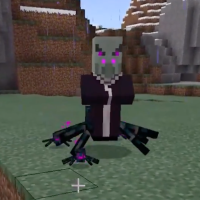 And the entities aren’t limited to the code or image of the creature.  It can now take advantage of particle effects.  Want a creature to shimmer, or leave a trail of purple particles behind it… just add that to its code base.

And that wraps up the upcoming features and announcements from the 2018 Minecon EARTH event. Did I miss something important that you caught?  Leave a comment below!